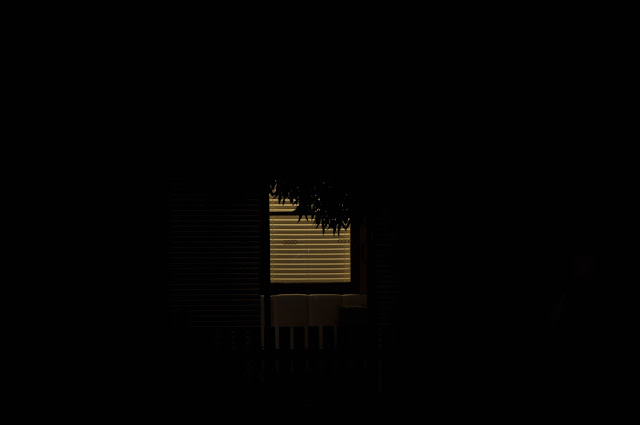 Artist Statement
Night windows are about being voyeuristic. You want to look into people’s lives without them knowing. It is similar to what Forrest Gump says in the movie by the same name, “Life is like a box of chocolates, you never know what you’re guna get”. You walk the streets at night and a light in a window catches your eye, you don’t want to look but you can’t help yourself, because you never know what you might see. Each window at night is as if you are observing someone’s life story; it is about standing outside the story looking in. Windows come in many shapes, some are decorated or partly covered, and the light can be soft or very strong.
Working at night has its advantages, you are given lots of negative space which is wonderful, and the darkness has the ability to erase the clutter that exists in peoples live and you are left with only beauty. Night windows is all about, going into the deep of night and looking from the outside in.
‘Twas deep; so deep of night, When I saw what I had seen - So truly deep of night, When I went where I had been, And really deep of night, When I heard what I had heard.  Ricky Baker